Available for your next holiday event

Four individual singers have combined to present you and yours with a stylistic singing group for the holidays. Holiday Harmony is Calgary’s best a-cappella quartet bringing a refreshing seasonal sound to any Christmas scene by blending the rich tones of two men and two women into both traditional and jazzy arrangements of everyone’s Christmas favorites.

Our bass singer, has his Bachelor of Music in trumpet performance, and has performed both vocally and instrumentally with many groups. Some of the most outstanding groups include the Calgary Boys Choir, The Westwinds Choral Ensemble, and the Alberta Honour Choir and that’s not to mention the many Latin, jazz and funk bands he lends his talents to as well. 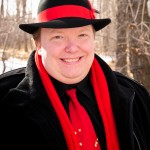 Our tenor’s love of performing and passion for a-cappella music has entertained many an audience for over 15 years. He has been a part of a multitude of Instrumental and Choral groups including Equilibrium, the Alberta Youth Choir and the Calgary Youth Orchestra. 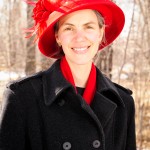 The alto in the group, has an extensive musical background as well. Since she started singing in 1978 as a 4 year old on car trips, she has lent her rich tones to such groups as the Bishop Carroll Ensemble and Jazz Choirs, University of Calgary Women’s and Jazz Choirs and Equilibrium.

Lastly, the group’s soprano, is also familiar with the field of vocal performance. Groups such as St. Peter’s Choir of Muenster, Saskatchewan, The Westwinds Choral Ensemble, and The Saskatchewan Honour Choir all dot her musical past.

The one common thread for these four singers, however, is that all were members of the award winning Ad Libitum Vocal Arts Ensemble. Ad-Libitum is an a cappella ensemble of twelve voices that performed and competed on many levels. The group has enjoyed great success, including performances on the A Channel Breakfast Show, Wild Lights at the Zoo, and the Lion’s Festival of Lights. Awards were also received for competitions with CBC Radio and the 2003 Kiwanis Music Festival where they were declared provincial and national champions before taking hiatus in 2004.

Holiday Harmony is available for your next holiday event.

Send us an email at holiday.harmony.calgary@gmail.com to confirm your booking.

The perfect addition for any holiday gathering.

Joy to the world